Ben loved Camille so he put a ring on her.  Likewise, Camille did the same.  By the way, that’s an inside joke!  It was one of the many funny lines that had us laughing throughout my experience working with the lovely couple.  Ben’s wittiness always kept the mood in good swing.

Camille and Ben’s wedding has been the simplest wedding of my season.  But it doesn’t mean that it wasn’t as meaningful as others.  It was traditional, to-the-point, and intimate.  There were no wedding planners, DJ’s, bands, or big bridal parties to deal with.  It was just close family, friends, the two of them, and luckily, a photographer to capture the beauty of it all for what it was worth.  And for them, it was worth more than anything that you can put a price on because they truly love each other.  That’s how weddings should be.

After the ceremony, we headed up the street for an impromptu shoot in the light rain.  They asked me if I wanted to reschedule for better weather, but I whole-heartedly declined; it was their wedding day!  Being a professional, you have to do what it takes to get the job done – to get the shot.  They happily agreed and proceeded to make beautiful photographs.  Little did we know, the broken umbrella would make such a nice prop in the shoot!  It worked great for us and allowed us to capture what really happened that day.

By the time you read this, Camille and Ben will be coming back from their recent honeymoon to Asia.  I’m jealous!  How come you guys didn’t invite me to shoot it?!

I thoroughly enjoyed working with you guys, thank you for the opportunity to be a part of your love.  I hope that you smile as much as I do when you look back at the photos.

Keep it real.  Keep it simple.  It works. 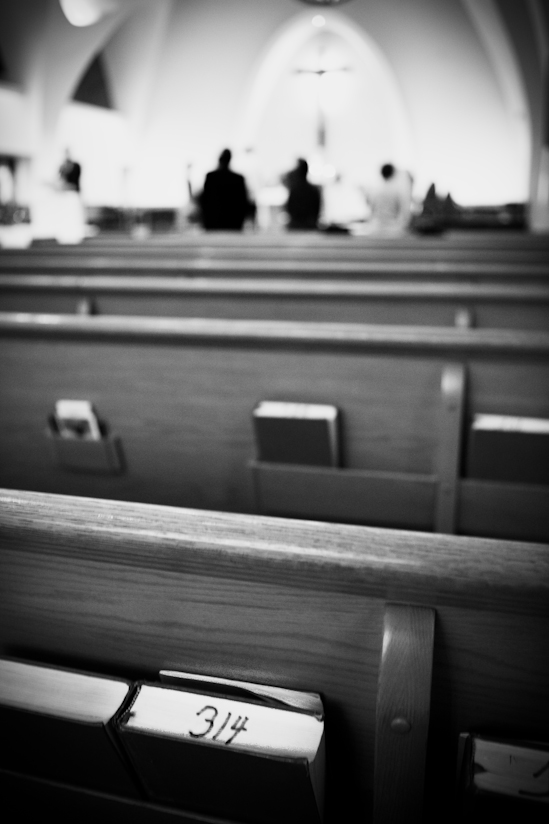 These numbers mean something… 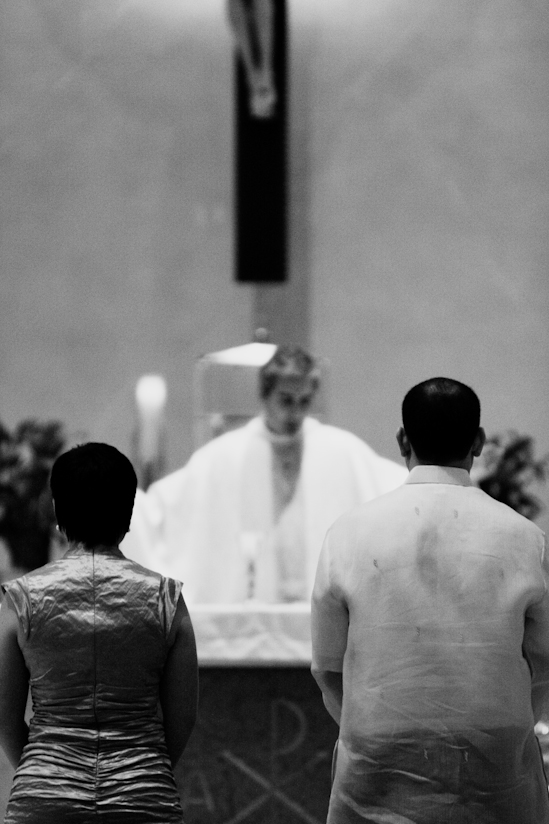 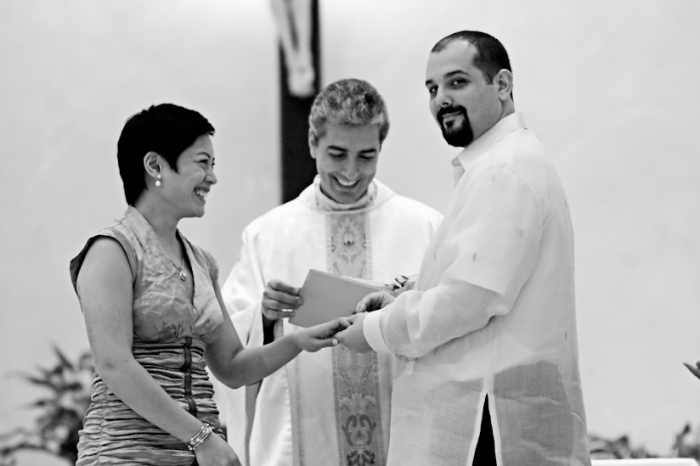 Wow, I don’t even know where to begin.  Yesterday, Emmeline(my little sister/lovely assistant) and I went on an adventure with Laura and Melvin!

I wanted try something different – something that I’ve never done before.  Instead of a typical e-session in which I’d meet up with a couple at a given location and pop a few shots here and there, I offered Laura and Melvin a ‘date session.’  The plan was for me to follow them throughout the day and document it from behind the scenes.  Basically, I was playing the third-wheel as I walked around with two highly conspicuous cameras, and a handful of lighting equipment!  Of course, some of the shots were set up, but they were still able to enjoy themselves as if they were on a real date.  In the end, we had a blast!

The first location was Tyson’s Corner Mall.  Apparently, photography inside of the mall is prohibited…but it’s so pretty!  I’ve always wanted to photograph a couple in there and I had the idea in mind for so long.  Laura and Melvin were open-minded and brave(!) enough to allow me to fulfill my fantasy without the slightest bit of hesitation.  Awesome.  I must admit that it was quite possibly the riskiest shoot that I’ve ever been on!  We were told three times by three different people to put the camera away.  And three times that day, we played dumb and pretended like we had no clue.  Ignorance is bliss!  And at times, it makes for great photographs!  In my mind, there are no rules to art.  That day was no exception.

The next location we conquered was Great Falls Park, located right down the street in McLean, VA.  In my opinion, it’s one of the prettiest parks in this area.  It offers a variety of different landscapes/backgrounds from: rushing(and dangerous) rapids, tall jagged cliffs, and even peaceful woods.  The key here is dynamics and we definitely took advantage of that.  This time, there were no security guards to limit our creative freedom.

Laura and Melvin were troops throughout the day.  Actually, they were super models!  I bet they practiced for this shoot because they rocked the heck out of it!  I barely gave them any instructions at all.  They naturally showed their affection and I was able to concentrate on my ‘job’ to capture it.  Together, we created some of my best photographs this season.

At the end of the night, we landed at Chipotle and gobbled down some fresh Mexican cuisine.  Delicious.  A perfect end to a perfect day.  Thanks again for dinner guys!

Laura and Melvin will be tying the knot this October.  Needless to say, I can’t wait to kick it with them again.  We clicked so well, I might just leave my camera gear at home and attend the wedding as a guest!  What do you guys think?!

I would like to give out a special thanks to Emmeline for assisting us on the shoot.  It was her first time out and she did an amazing job.  With her help, I was able to use a variety of different lighting techniques during the shoot – fluidly without fumbling around and wishing I had a third arm.   A good amount of these shots would not have been possible without her.  Keep up the hard work Emmie, thanks!  I love you!

Anna - Excellent job!! Everything just fit together like a puzzle- the story line, the photographer, the locations, and the natural charisma of the couple. Props to the assistant for making me proud while I couldn’t be there!

Laura and Melvin - Dear Marno and all the visitors,

Needless to say, you are an incredible artist and every shot displays not only perfection and quality, but also dedication and passion towards what you do. We have never imagined this e-session to be this memorable and enjoyable. Marno, you are just an incredible person who sees beauty and love in everything surrounding you and never fail to capture it with your camera.

When you first mentioned Tyson’s Corner as one of the locations, we were intrigued, yet excited to start on the adventure because we trusted your innovation, and as proved, it turned to be a hit. We absolutely love our pictures and cannot wait to see more of them. However, I believe the end product would not have been the same without Emmeline’s help. Great job! You make an incredible little helper!

As for all the couples who are considering doing an e-session, we recommend getting on it right away. It is very important to know your photographer, his work style and your comfort zone with the camera; and if you are as lucky as we are and have Marno the one in charge of the photos, you then know you are in good hands!

With all our love,

thanks Laura and Melvin!

Thank you so much for your flattering and heart-warming message! It was very insightful and you touched base on a few key subjects.

It’s been a few days since the shoot and I must admit: I still get excited when I see the images. They are just that amazing! I’m so glad that we were able to connect and make all of this happen. What a wonderful experience.

Until next time, take care!

First of all, this post is far overdue.  Meet my first couple of the 2009 season: Camille and Ben.

I knew right off the bat that when Ben called me, we were a perfect match.   I was greeted by a soft-spoken gentlemen who seemed very interested in my work.  I thought to myself, “Weird, normally the bride does all of the calling.”  But at the same time, I knew that if Ben appreciated and cared about photography as much as most brides(and I) do, then we were off to a good start.

And a good start it was!  We photographed the engagement session less than a week before their wedding day and it went great!  Ben and Camille rocked the shoot as if they had done it before.  They required very little posing; most of my favorite shots of them were natural candid moments.  I had a great time as Ben cracked cheesy jokes and made silly faces behind Camille as she was focusing on the shoot.

Photos of their wedding coming soon!

Yes, I photograph babies too!