Aren’t they cute?!  Mimi and Napoleon stole the show during our photo shoot as they grabbed stares, ‘oohs’ and ‘awws’ from everyone in the park.  Although Mimi probably doesn’t feel the same towards me, I still dig her.  In fact, both of the little doggies reminded me of my dog, Hershey (I miss you!).  Oh yeah, Christina and Will are alright, too.

As you can see, it was hot!  Luckily, the tall trees provided cover and shade from the beaming Summer sun.  The heat even made Mimi and Napoleon smile for the camera as they naturally tried to swoop tiny bits of water from the humid air.

Christina wanted something simple: family portraits to hang on a wall in their new home.  No real themes or stories here.  Just love. 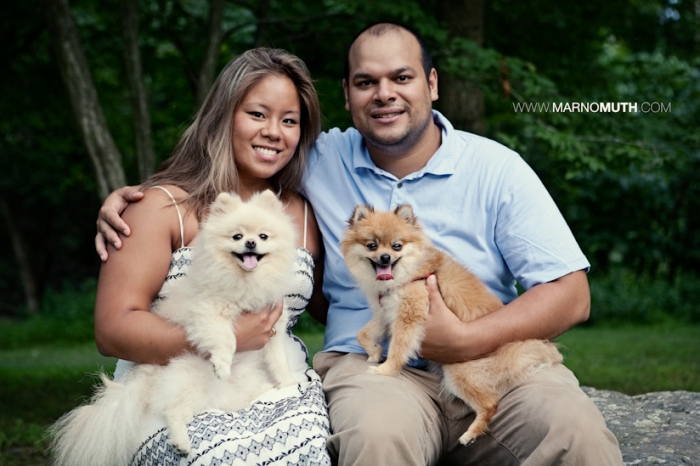 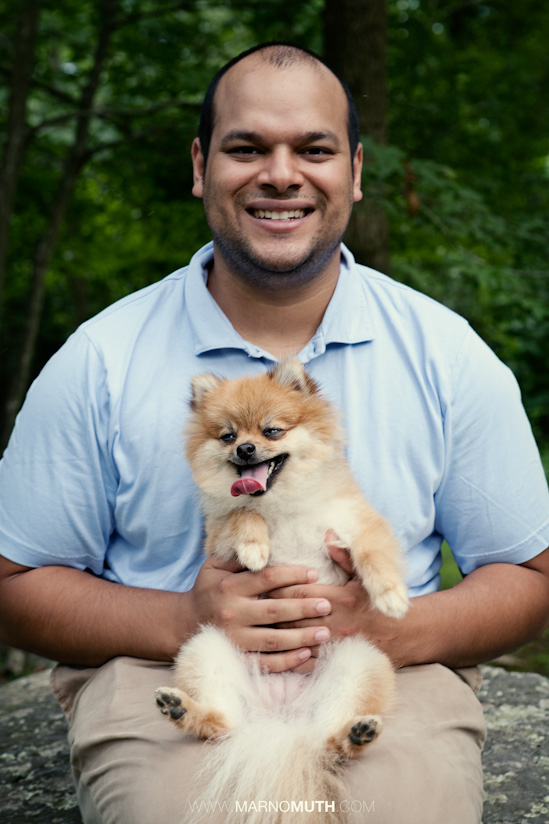 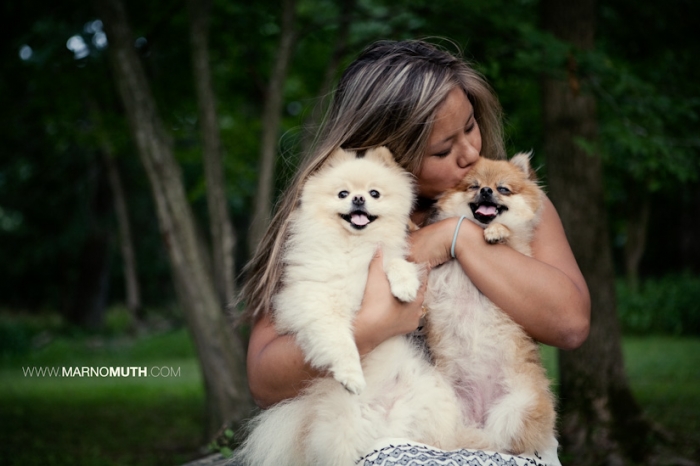 Angelina N. - absolutely AMAZING. you have great talent. and i love your work. keep it up(:

Christina Chern - we had such a great time working with Marno. he was extremely professional and we enjoyed that he let us ‘do our thing’ and also gave great directions. he was very insightful and helpful when it came to picking our location. we are definitely interested in working with him in the future and have told all of our friends about the shoot!

Marno - Thanks Christina! You guys flatter me!

Meet Ricky. Some people know him as, the GMU VSA Prez; the funny guy with Dragon Ball Z hair; the guy that runs the Turkey Bowl tourney; the nicest guy you’ll ever meet…at Mason…on a Wednesday…in the Johnson Center! I know him simply as, Ricky. And there is no one else on this world like him.

In life, you will meet people who stick out like a sore thumb because of their hair styles, or because of their personalities. Ricky, capitalized on both. When I first met Ricky, it felt like we were long lost friends from elementary school. Although in reality, we were strangers. But that didn’t last long.

Coincidentally, Ricky and I went to the same high school: JEB Stuart High School in Falls Church, VA! Although I only attended for my freshman year, I still feel like it was my home school – the school where I belonged. And going back for the photo shoot meant a lot to me. It brought back memories that I wish I could relive again and memories of old friends who I wish could grace the front of my lens…

Back on topic: When most people think of Ricky, I bet they think of his silliness, charm, and generosity. I don’t think I have ever caught him with anything equal to or less than a frown on his face before. But I knew, deep down inside, that even someone as cheerful as Ricky can be equally as deep and serene. In this photo shoot, I wanted to capture that side – the side that most of us have never seen.

Ricky deserves a pat on the back big warm hug for his efforts in bringing smiles to us all. I gave him a personal photo shoot. And a hug, of course.

Earlier this year, I had the wonderful opportunity to work with Allegra over at Allegrasstudio.com.  It was my first shoot of the year and you can bet that I was nervous as I wore my thick coat of Winter rust.  I must also admit that shooting along side a very talented, experienced and well-known industry professional like Allegra was quite daunting!  However, the shoot came out great.  I don’t think it could have been any smoother.

The lovely couple in the photos below are Whitney and Matt.  Their wedding was classy, clean, and elegant.  The ceremony took place at Old Town Hall, right here in the City of Fairfax.  The beautifully lit reception was held at Meadlowlark Botanical Gardens in Vienna, VA.  All in all, both venues provided very nice backgrounds for a lovely couple.

Here are my favorites, enjoy!

Anna S. - i was looking into that place, it’s not too far from where i am.

I have decided to share my personal photos with you all because sharing is caring, of course.

I’m planning to post at least one photo a month or so.  In turn, I hope that the effort and commitment will inspire me to get out and shoot more for myself like I used to, before I was getting paid to do this.

Onto today’s photo: It is titled “Together.”  The photo was taken on August 8, 2007, at Point Lookout State Park in Scotland, Maryland.  I was with my family enjoying a peaceful fishing trip and I brought my camera along to capture the memories.  When I got home to upload the images, I was utterly surprised.  For some reason, this photo just felt deep and emotional to me.  I originally named it “Together, we’ll hold the sea,” but I shortened it mainly out of simplicity.